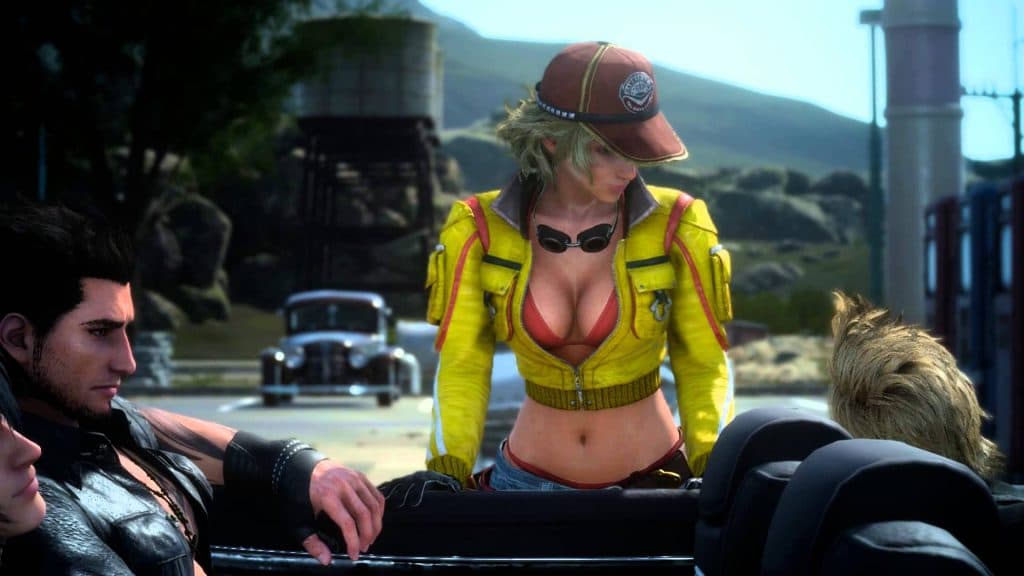 A Final Fantasy For Fans and First Timers

Note: The this review is for the PC version of the Final Fantasy XV. This title is available for PS4 and XBox One as well.

The wait for Final Fantasy XV for PC has been a long one. I purchased and beat the PS4 version shortly after its launch, then eagerly awaited the PC version. If you played the PS4 version around its launch and haven’t been back since, good news: you’ll be happy to know that a lot of the initial user complaints about the story line have been addressed. In updates, and of course the PC launch, a lot has changed.

The game is an RPG based on a road trip with the Lucian prince Noctis and his friends-slash-servants:  Ignis, a military tactician who is also the cook; Gladiolus, the bodyguard/personal trainer; and Prompto, the photographer/comic relief. The shallow end of the story is pretty good.

You play as Noctis, the prince. You have a destiny to fulfill: save the land from a plague – ‘The Star Scourge’. Do this by teaming up with your bride to be, the Oracle, to seek the blessings of the Gods. There is, of course, political strife between your small kingdom and the much larger kingdom of Nifelheim.

The other shortcoming to the story is the extended history. Where did the star scourge come from? Where are the gods in all this? It actually took me beating the game twice and watching YouTube videos of others talking about it to find it. Most of the lore is hidden away in little magazines hidden around the game. Finding them isn’t required and there really isn’t an indicator to seek them out.

The game looks and feels great. Seriously – treat your eyes to a visual feast. Play this at 1440p or 4k with the HD textures pack. There is plenty to do in the game as well. Aside from the main story, there are a bunch of gather quests and hunts. Aside from gaining EXP, the side quests will help to get you some sweet items and weaponry. There is also some excellent **cough** fare for fans by way of the grease monkey mechanic Cindy Aurum.

The game plays backward from others in the franchise. It starts out pretty open, and by about chapter 10 it closes off and become more linear. This was fixed a bit in the PC release and with updates to the PS4 version. The story used to feel rushed in the later chapters.

The hunting side quests will allow you to get assigned a mark. Sometime a monster, other times a demon of some sort. These are usually leveled a bit higher than the mobs in a given location. Most, if not all, mobs (not just hunts) allow for you to target specific parts of them and possibly break off a piece. An example of this is the “Duplicorn” hunt. Target its horns and attack; if you hit it with enough force it will break off. This is a key ingredient to get the Ultima Blade in the game.

Final Fantasy XV is not the standard turn-based to-and-fro like many of the early Final Fantasy (and most other) RPGs. Instead, it runs in ‘active mode’ by default. This allows you to outmaneuver enemy attacks by dodging or just otherwise not being there. It also allows enemies to do the same.

The battle mechanics are a lot more about warping, targeting, and timing your attack to hit the mobs that are ripe for the picking. You can come out of the gate swinging, or more tactically make sure you are in a position to strike from behind to do more damage, or are in proximity to an ally to team up for more powerful combos. Warping is an integral part of battles. As Lucian royalty, you are born with an attunement that allows you to ‘phase’ through attacks and ‘warp strike’ enemies.

Every win of a battle or completion of a quest nets you an amount of EXP. But those experience points are not automatically applied to your character like in past entries to the franchise. Resting on the road or at campsites allow you to eat a meal (more on this in a second) and apply 1x your earned EXP. Resting in a motel or a fancy hotel will allow you to apply between 1.2x – 3x the EXP you earned (at the cost of having to pay for a room), but you don’t get to eat a meal.

Eating meals either at camp or a diner will add great modifiers for a set amount of time to you and your team. These modifiers can be anything: giving you more stamina, helping you earn a percentage more EXP from battle, and/or status ailment immunity.

Another neat feature I am excited to try out is Tobii eye tracking. From what I’ve seen from Tobii, and what I know of the game-play mechanics, this should make for some extreme combos warping from enemy to enemy or targeting specific parts of an enemy.

Then there’s the multiplayer DLC Comrades, which draws from the feel of Destiny and Monster Hunter. I haven’t played too much of it, but you can expect a review of it sometime in the future.

Despite the full effect of the story requiring you to watch a movie, mini-series, and find a lot of in-game articles to fill you in on the lore, the game does have a compelling story. The gameplay is great and the game looks amazing. Square Enix did a great job with this port over to PC, unlike many of their hastily ported games in the past. The PC version of the game comes with all of the DLC that earlier PS4 players had to buy separately. Whether you are a seasoned Final Fantasy fan such as myself, or brand new to the IP, you should definitely check this game out. If you have it on PS4 it’s totally up to you – I buy them all on Steam eventually to have them all the same platform.

2 responses to “A Final Fantasy For Fans and First Timers”