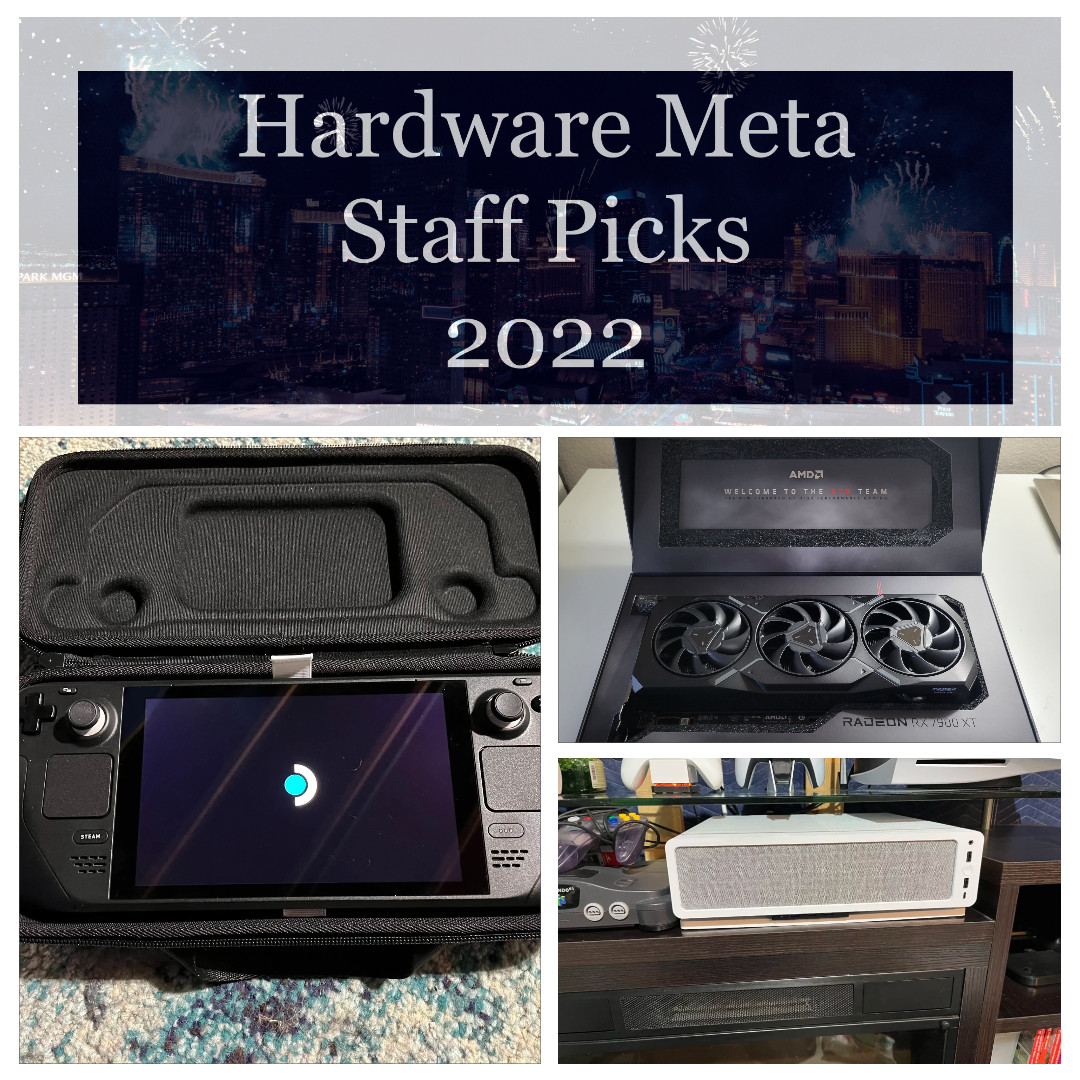 It’s the end of 2022, and although the past year wasn’t great for crypto, it was a great year for tech. Once again, we’re here with some of our staff picks from the past year. Writer John Weland and Content Manager Ron Davies share a few of their favorite things from 2022.

New in 2022 from Fractal Design Ridge

I will preface this with one big warning:

There are instances where the PCI-E riser provided does not work at Gen 4 spec. Fractal has assured me they are aware and working on a solution. So until then buyer beware this may not be for you. That said, here are my thoughts:

The trend in hardware is that power comes with size, at least in GPUs. One of my favorite cases for the sleek “blends right in” was the Fractal Design Node 202, initially released in 2015. But as time passed and it came time to upgrade hardware, new things just wouldn’t fit.

The Fractal Ridge, while not perfect, is hands-down my favorite small-form-factor case of 2022. You’ll have to wait to read my full thoughts in my review, which will be coming up at a later date.

You had to see this coming. The Valve Steam Deck is fantastic. Portable gaming that utilizes a large chunk of your Steam/PC gaming library, with many more games becoming compatible with minor patches, making them “Deck Verified”. Meaning you don’t have to buy a new library of games just to enjoy the Steam Deck. It plays many games fine and plays “Deck Verified” games impeccably.

The only caveat here is that if you have hundreds-upon-hundreds of games in your Steam Library you will either need to buy a handful of high-capacity SD cards or perform minor surgery on your Steam Deck to replace the built-in EMMC/NVMe with a larger capacity version.

Not to mention the Steam Deck is an absolute legend when it comes to emulation. Everything from Atari and early Nintendo on through to Playstation, Playstation 2 and PSP.

It also sets the groundwork for some very exciting things in the future.

If 2023 continues this momentum in innovation, we are in for a treat.

My pick for best new cooler in 2022 is the Iceberg Thermal IceSLEET G6. This cooler is a tower cooler that is similar to the CPU coolers that were released to cool the AMD Threadripper series. It is a large tower cooler with a 140mm fan in the center of two towers and then joined with a cover over the top. With a max TDP of 225W and mounting to support even the brand-new AMD AM5 and Intel LGA 1700 sockets, this cooler is definitely one to look at for your new build. The G6 also comes with a 10-year warranty and a price currently of $59.99.

My pick for best company of the year is AMD. Not only did they release the last hurrah for the AMD AM4 socket with the 5800X3D CPUs (currently a big hit in the gaming department), but AMD also released a new set of GPUs and CPUs before the year’s end. The AMD Ryzen 7000s series was launched this year on the AM5 platform with support until 2025. For the CPUs, they had even more improvement on the chiplet design and are faster than the AMD 5000s series. The current issue with the consumer not adopting the new platform is not the cost of the CPUs, but rather the cost of the new motherboards which are required. Hopefully, 2023 will have AM5 platform cost cuts to get the new Ryzen 7000s in consumers’ hands.

AMD also released two new GPUs on their RDNA3 architecture which is supposed to be the first GPU series that utilizes a chiplet design with the main die and several memory chiplets. I was able to get my hands on an AMD 7900XT GPU, and that review is currently underway.

Best GPU: Could it be Intel?

Lastly, for the new kid on the block, Intel launched their Arc GPU series this fall. Initially, the a380 ended up being a GPU that was barely able to keep up with the low-end offerings from AMD and Nvidia, but it showcased their architecture that was manufactured utilizing TSMC. A month later at the end of Sept, Intel launched their flagship A770 GPUs along with a slightly shaved-down version: the A750. This GPU, after some reviews, looks to be competing with the RX 6600XT by AMD and RTX 3060 by Nvidia. Our review of this product is in its final stages.

2022 has definitely been a great year for technology. There have been a lot of Electronic vehicles released worldwide. New CPUs and GPUs were also launched, along with a new PSU standard and different cases shaking up the competition. I look forward to what the many companies will bring to market in 2023, especially in the next week or so at CES and later in the year at COMPUTEX.

Those were some of our favorite things from 2022. The coming year looks to be filled with new tech for us to get our hands on. Thanks to all our readers for your continued support, and on behalf of myself and the staff here at Hardware Meta, we hope you have a happy and healthy new year! ~ Raven Knighte, Ed.