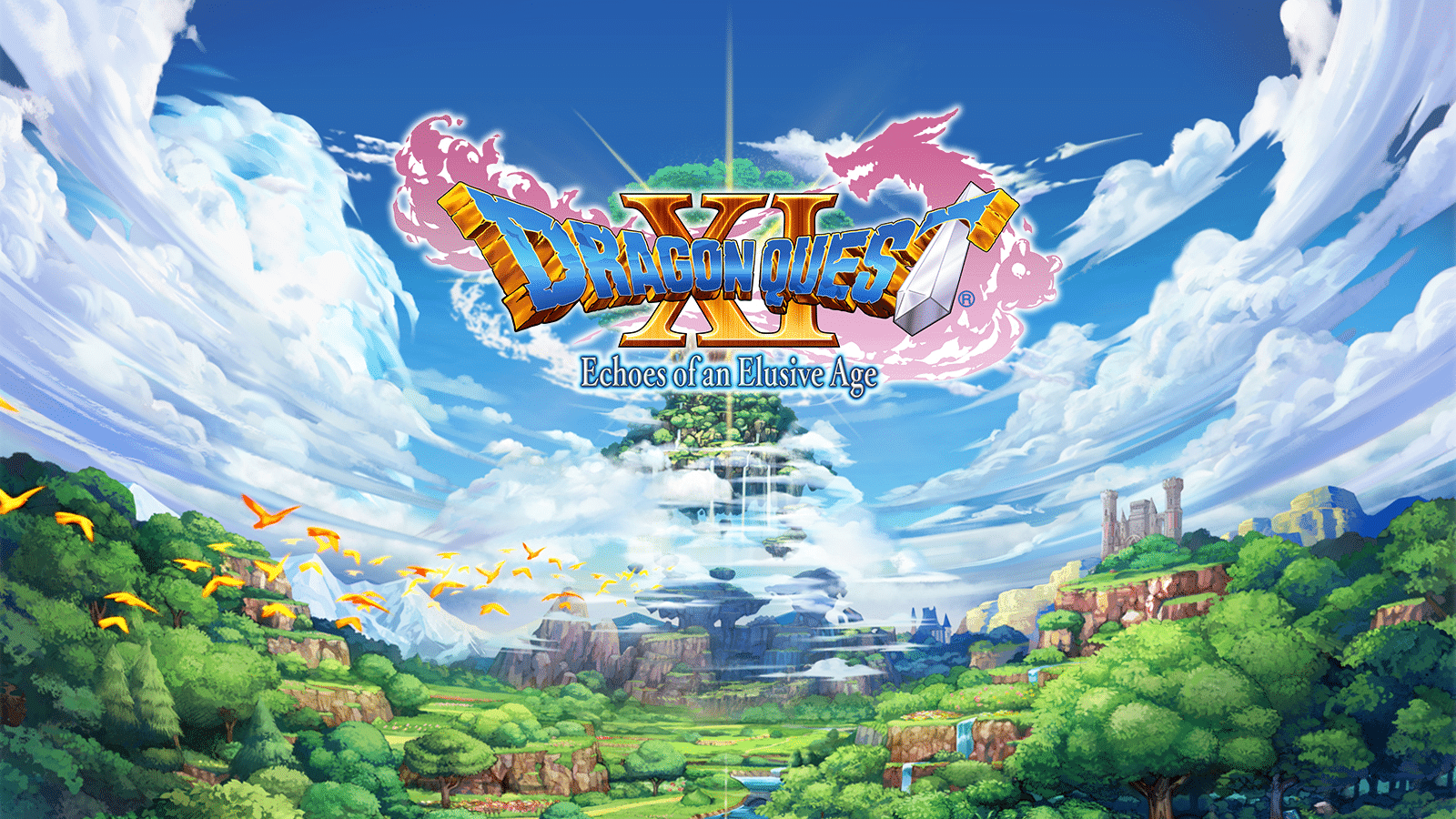 Dragon Quest XI: Echoes of an Elusive Age is the first of the Dragon Quest series to have a PC release. The story uses a lot of the usual genre tropes and manages to pull it all together. Things like being borne unto greatness; adopted as an infant and growing up only knowing a simple life. Being told fanciful stories of a legendary hero, then finding out that you are that hero incarnate. It is a story of betrayal, a story of light versus the dark or good versus evil; fulfilling your potential in order to be anointed.

I made it about 10 hours in before ‘Damned Cat’ stepped on my PC’s reset button, corrupting the save files (that were then backed up to steam cloud save), meaning that I had to start over. However – I do believe that, while I haven’t experienced the full story, I was able to experience enough of it to bring you all the info you need on the look, feel, and mechanics for you to make a decision yourself as to whether or not you should pick up the game yourself. So let’s go, shall we?

The look and feel of Dragon Quest

Dragon Quest XI follows the Dragon Quest anime aesthetic set by the brand, but somehow manages to go above and beyond. I may be biased here, but I think the game looks amazing. While playing it, I couldn’t quite put my finger on why this felt so familiar. Looking through the credits I found that it was animated by Akira Toriyama (whom, if you don’t know, is the man responsible for Dragon Ball). This explains it. The art style and similarity between Dragon Quest XI’s characters and world parallels that of Dragon Ball and Toriyama’s other works like Chrono Trigger. The parallels only get stronger from there. The main character, also referred to as “the Luminary,” draws a striking resemblance to Dragon Ball Z’s (Future) Trunks. Visual similarities aside, Dragon Quest XI is gorgeous.

The Audio in Dragon Quest

A game’s audio is just as important for immersion. Both visuals and music help set the mood and can really drive home the ability to manipulate the player’s feelings. You might not think so, but there is a lot of science that goes into a score for a film, play, or in this case a video game. Music, voice acting, and even sound effects should add to a game to drive home its narrative.

Voice acting is something I would consider to be new to RPGs. It wasn’t until the early 2000’s that we would see voice acting make its way into video games. Final Fantasy X was the first I can recall that had full character voice acting other than a few odd sound effect or screams. This is the one area in which Dragon Quest XI really fell short for me. Take this with a grain of salt, as I am not a linguist nor can I pinpoint a person’s neighborhood. The characters in Dragon Quest XI seem to have a British accent, but at times it seems a bit inconsistent.

I know that I’m about to cover a lot of changes in dialect, but hang with me here. There is one character in particular, Gemma, one of the female characters you meet early on. She starts out sounding a little Cockney (South East London) Having her TH sounds roll between “da” “ff” and “vv”, [this->diss] [think->fink], [bother->bover]. However, mid-conversation her voice becomes very Australian “crikey”, sounding like Bindi Irwin (daughter of the late Steve Irwin). Then, at times sounding deep American South maybe… Alabama (think Forrest Gump). It seems like a silly complaint, but if you were not looking at the screen you’d think there were two or three characters on screen finishing each other’s sentences. It’s as if multiple people voiced Gemma’s character, and the audio tracks spliced together in post.

The music production in Dragon Quest XI is pretty damn great. While it’s not as spectacular as music composed by Nobuo Uematsu, the famed composer for most of the Final Fantasy series, the game’s music does a really good job of keeping the player engaged while subtly tugging on the emotional strings. Whether it be the feeling of suspense, betrayal, or joy, all in all the Dragon Quest soundtrack does its job well and may be the redeeming factor after the voice acting fiasco.

Game play mechanics feel really well-fleshed out. You explore the game through a top-down (third person) view, and encounters draw you into a battle sequence. As you approach most enemies, you can sneak up on them and attack, gaining a ‘first strike’ in the coming battle sequence. Battle is turn-based; here you choose whether to attack, defend, use spells/specials or items. Special linked abilities become available when multiple members of your party charge their own abilities enough to use them. You can procure items either the old fashioned way (buying things), or as you advance you can unlock a “fun-sized forge” and play a bit of a mini-game to turn your junk into weapons and armor.

Autosaves happen occasionally, but hard saves are done at various campsites and goddess statues. Areas tend to be closed off and corridor-like, though nicely done. The game does a fair bit of hand-holding but it’s not unbearable.

All in all, Dragon Quest XI is a fun game with a beautiful world and tried-and-true mechanics. The music is pretty great and the voice acting is forgivable. The game normally retails for $59.99, however, it is currently on sale for 40% off through Steam (12/20/2018). So far I’ve enjoyed it and even having to start over doesn’t bother me. I’d recommend it.