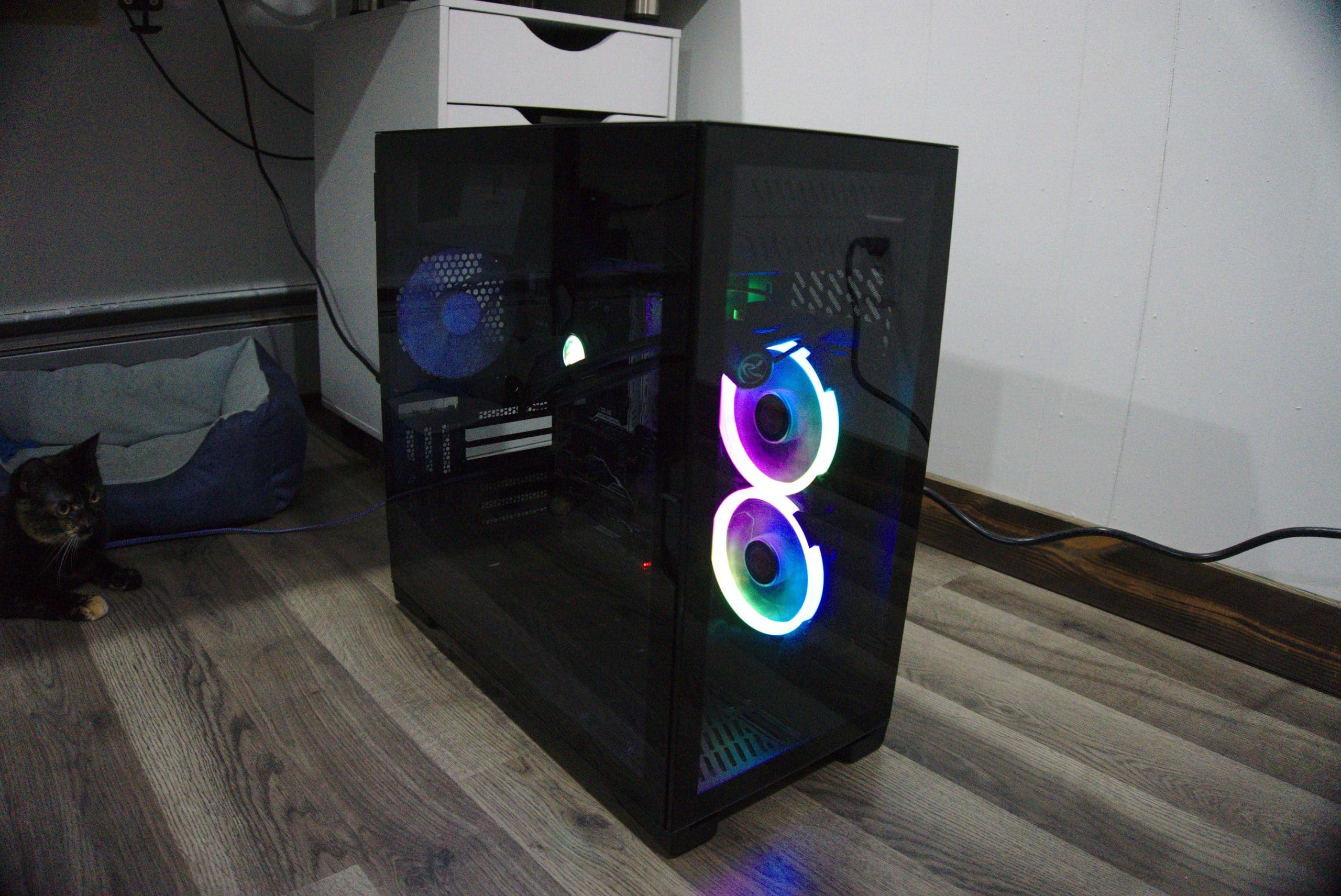 ORCUS 240 RBW by Raijintek: The next level

If you feel like you’ve just read a review of the ORCUS 240 RBW, you’ve more than likely read our previous write-up of the ORCUS 120 RBW. While we found it neat in its execution, our only desire was to eke out a little more cooling performance. Enter the ORCUS 240 RBW. It is everything its little brother aspires to be, and then some – double the radiator space, double the fans, 1000% more RGB.

First of all, you’ll find the same kit-‘n-caboodle as with the ORCUS 120, right down to the actual box itself, for instance. Inside, you get the AIO assembly and two 120mm fans this time (as opposed to just a single). Additionally, you’l find all the same accessories including: an addressable RGB hub, remote control, thermal compound, and an applicator. Extra coolant is included because this thing is serviceable, which I find refreshing compared to other closed loop AIOs. There is also a 24-pin power jumper for power cycling the unit when servicing.

As a matter of fact, the ORCUS 240 RBW is very similar in most respects to the 120 variant. It still has the pump built into the hose rather than sitting on the block. It still has the gorgeous flow indicator. But the thing that caught me off-guard was that by simply adding one more fan, its lighting prowess went up exponentially. Surprisingly, for the first time in… well, ever, the RGB rainbow appealed to me. Especially when I put it in a nice tempered glass and steel case.

Our test bench configuration is a little different this time around, as we are doing a special Pay It Forward build with these components to kick off 2020. The Intel i7-6700k is only a 91w TDP chip, but it’s also in an enclosed system rather than on an open air bench.

Putting the ORCUS 240 RBW through its paces

This go around we. opted to put the ORCUS 240 RBW in a case rather than an open air test bench; however, we ran the same stress test as with previous builds. We fired up OCBase’s OCCT and let it run until the temperature stopped climbing (20 minutes this time). As with the ORCUS 120 RBW and Arctic Liquid Freezer II tests, we likewise ran for 30-minute intervals. We then rebooted the system after each test and reapplied thermal paste after every 3 tests, for six runs in total.

Under those circumstances, the ORCUS 240 RBW actually managed to exceed our expectations. Averaging 45°C after about 10 minutes, and reaching it equilibrium at around the 20 minute mark, we saw a max of 65°C while it typically stayed at around 63°C.

Although this was on a CPU with a lower TDP (91w for the Intel rather than 95w on the Ryzen 1700x), it was housed in a case rather than being in an open bench, thereby negating any difference in TDP in our opinion.

Wrapping up the ORCUS 240 RBW review

I kinda liked the ORCUS 120 RBW. I like the ORCUS 240 RBW even more. Of course, it shines for all the reasons the 120 SKU did – separate pump/block design, and the use of anti-corrosives in their coolant to combat mixed metals. But the added radiator-sized extra fan and copious RGB was really just the icing on the cake.

What’s more, our hopes for better cooling performance were answered – albeit for a slightly higher price. Indeed, the ORCUS 240 RBW comes in at just under $100. But is it worth it? That’s up to you to decide, but we are pleased with its performance and its price. For the nuts and bolts, we have listed the specs below: