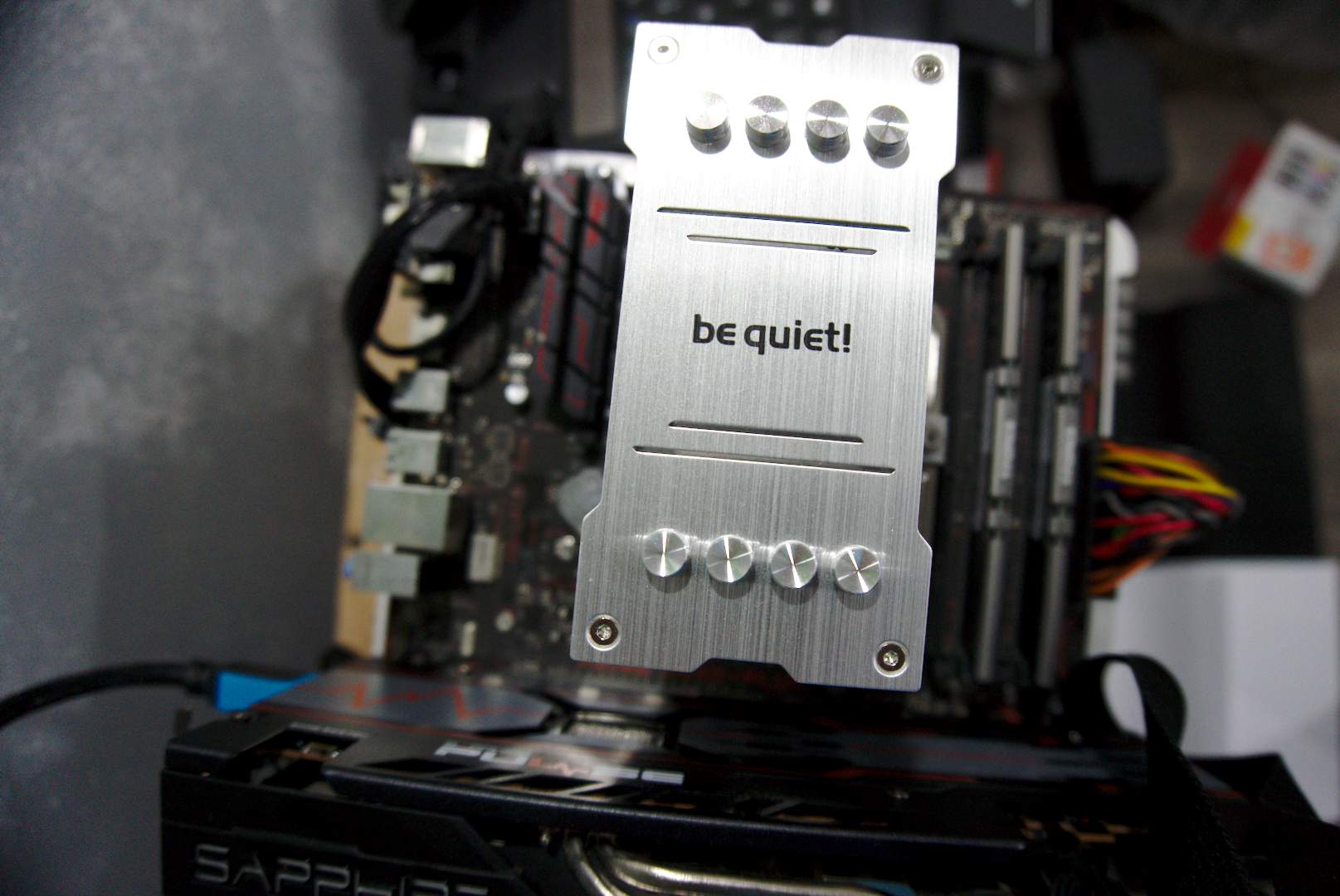 The Pure Rock 2 by be quiet!

We have enjoyed various products from be quiet! in the past, and they have yet to disappoint. So when be quiet! asked us if we wanted to see something new – the Pure Rock 2 – we chomped at the bit and I, for one, may have done some unsanctioned dancing in the office. (He did the Harlem Shake. We saw him. ~Ed.)

New tech always makes me happy. New tech from a company that never fails to impress makes me all the happier. And we indeed have no doubt that they can continue their trend.

The unboxing experience was obviously what we’ve come to expect from be quiet!: their matte black box adorned with an image of the cooler, a couple of sentences explaining its features, an accompanying table for the technical specs, and a QR code for a digital installation manual.

The datasheet from be quiet! gave some highlights:

The four 6mm thick heat pipes are chunky, but they look good and give me confidence in BeQuiet’s claim of a 150w TDP. The asymmetrical design certainly left more room at my memory slots than the Noctua NH-12S (the cooler I used regularly on my test bench prior). While the Pure Rock 2 leaves more room near the memory slots, it is overall a slightly taller and thicker cooler, coming in at 87mm x 12mm x 155mm when the fan is installed.

Note: the Pure Rock 2 has an aluminum base plate. This is safe for standard TIM (thermal interface material) like thermal paste but DO NOT use Gallium base TIMs like Thermal Grizzly conductonaut.

I am a huge fan of be quiet!’s renowned Silent Wing 3 fans (pun intended), and the new Pure Wing 2 fan that comes with the Pure Rock 2 without a doubt does not disappoint. The Pure Wings 2 is 120mm squared and 25mm thick. While rated for up to 26.8dB(A), I can tell you that when running Folding@Home on the CPU at full capacity, I cannot hear the test bench sitting not 5′ behind me. Even my Dark Rock Pro 3 makes some audible noise when folding. I would in fact attribute this to the “airflow-optimized” fan blades on the Pure Wings 2 and its rifled bearing.

My sample of the Pure Rock 2 is the brushed aluminium. Normally I feel this looks too matted or dull, but be quiet! managed to give it a hint of shine, which really stood out while I was installing it. Speaking of installation, the process was dead simple. It can be compared to to Noctua’s SecuFirm2™, and it’s great to see. For AM4, the standard back plate stays in use. Four plastic standoffs hold the brackets just off the socket. The heat sink mounts with a single screw on either side. I feel that all air coolers should go this route; as I have said, it’s dead simple to install.

OK – so how does the Pure Rock 2 perform?

The test bench is my normal setup, though slightly upgraded from previous tests. Also, a huge shout out to a local reader (and my dad) Phil for building the awesome riser for the Streacom BC1. It not only sets the whole bench a little higher, it also angles it about 30 degrees to make it easier to work on.

Across three separate 30 minute AIDA64 Extreme Stability Tests, the Ryzen 7 1700x started at 30ºC. Within 5 minutes, it had climbed to 66º~67ºC and held that temperature for the duration of the test. As soon as the test was ended, the CPU returned to 30ºC within a minute and a half. Keep in mind that TJMax for the Ryzen7 1700x is 75ºC; while we held steady between 66ºC and 67ºC (depending on the run), we never got to the point where performance would throttle to reduce heat.

Final Thoughts on the Pure Rock 2

The Pure Rock 2 is an impressive tower cooler that not only looks good and performs impeccably, it did so silently. Under full load for 30 minutes at a time, I could not hear the cooler unless my face was within inches of it. It is also the most consistent cooler I’ve tested as far at the results go.

One thing I haven’t mentioned until now is price. The Pure Rock 2 is marketed under be quiet!’s “essential” line. The silver version can be had for $39 USD. And for just $5 more, you can get the black version.

So to recap: $39 for a cooler that’s marketed in their “essential” line of products, is superbly quiet, and punches well above its weight class. The Pure Rock 2 has me sold. This cooler’s performance is comparable to their “high-end” or “premium” line. I would recommend the Pure Rock 2 to anyone looking to run air cooling, especially in an environment where silence is key, such as an HTPC.

One response to “The Pure Rock 2 by be quiet!”