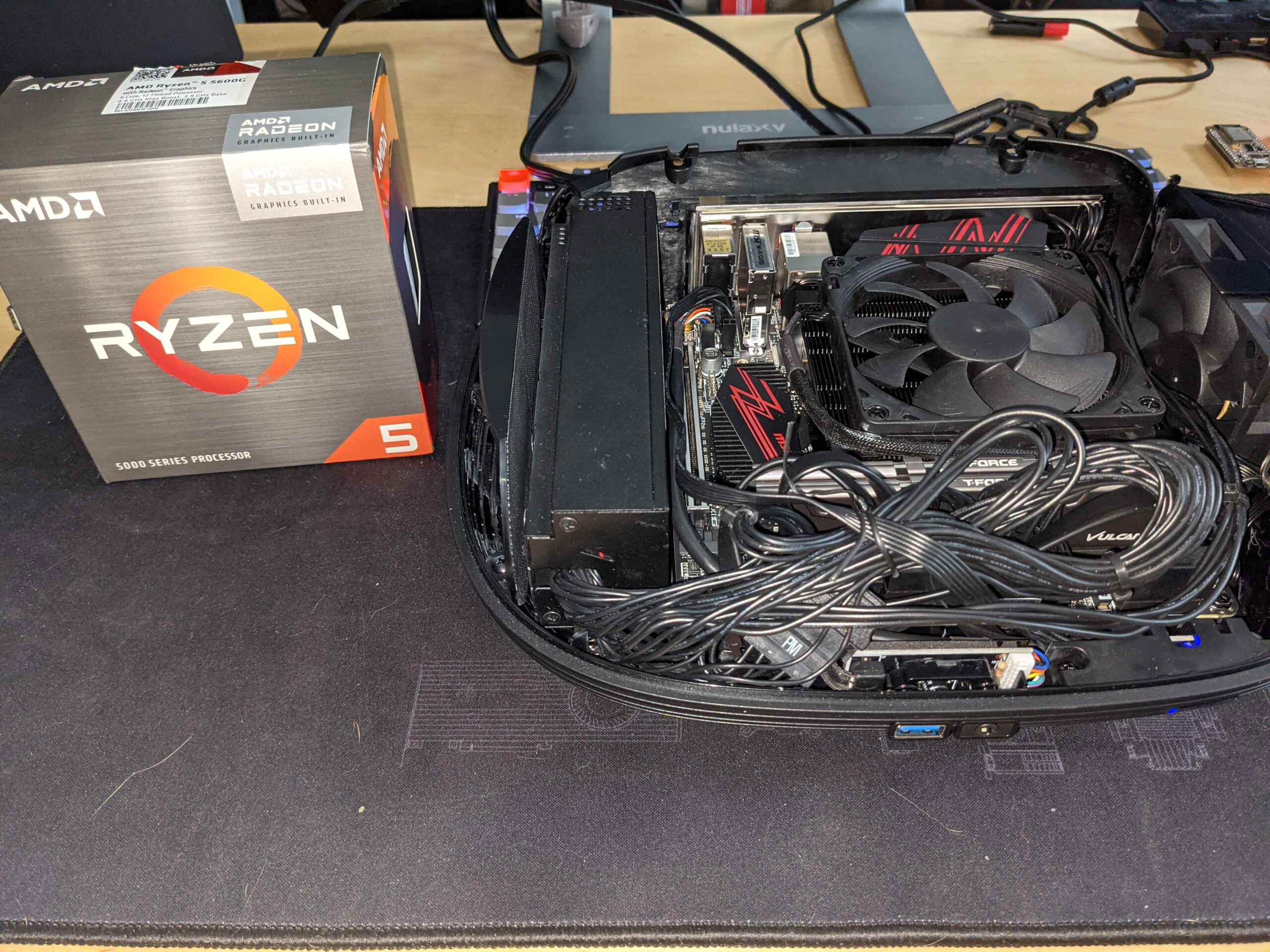 The 5600G, as its designation suggests, is built on the Ryzen 5 5600 and, as noted by the “G”, has on-die GPU cores. As mentioned earlier, these are Vega cores; in the case of the 5600G there are Vega 7 (7 Vega cores). “Vega?!?! Still?!?!” I hear you cry. Sadly, yes. Many were hoping the next lineup of APUs would boast Navi cores but in all honesty Vega has held up pretty strongly these last three APU cycles.

Traditionally, APUs like the Ryzen 5 5600G are best suited for small living room PCs, light gaming workloads, or workstation PCs that typically wont have a dedicated gaming GPU. To that end I chose to create my testing environment to suit.

A quick note about memory: I ran all tests with the memory speed set to the default 2666MHz. While using the 2400G, I could get a stable O.C. to 3200MHz on the memory, but the same couldn’t be said for the 5600G. I do not have the extra memory kits to use for testing, but some research shows the biggest performance margins occur when jumping from 2666Mhz memory to 3200Mhz. Another large margin happens when jumping from 3600Mhz to 4000MHz, with the differences between 3200MHz and 3600MHz being negligible.

I wanted to test the gaming and GPU performance to see if having less Vega cores meant inferior performance or if the faster speeds of those cores would make up for it. At 1080p medium settings each of the tested games ran well, with FarCry 5 running passably.

In this section I wanted to test the 5600G against its namesake, the 5600. I’m not looking for GPU performance, as the 5600 (non-G) doesn’t have any integrated GPU; pairing it with a discreet GPU would be unfair. This time around I want to look at the differences between the 5600 and 5600G’s CPU performance. While both are 6 core / 12 thread, both come in with a 65W TDP package. But the 5600G’s CPU cores come in 200MHz slower in both base and boost clocks.

For testing with the 5600 and RX5600 the parts had to be excavated form the InWin B1 chassis and setup outside of the enclosure. As expected, the 5600 (non-G) out performed the 5600G – but only marginally. Both CPUs managed to stay under 70c even with the low profile Noctua L9a.

If you were expecting Navi cores and RDNA architecture, you’ll be sadly disappointed. However, the 5600G is great if you are looking for a tiny workhorse PC or a very small form factor living-room/dorm PC that can play games at 1080p with reasonable FPS and still tackle larger hyperthreaded workloads. It gives you the head room to get by while waiting for GPU scalper prices to fall back in to the normal range.