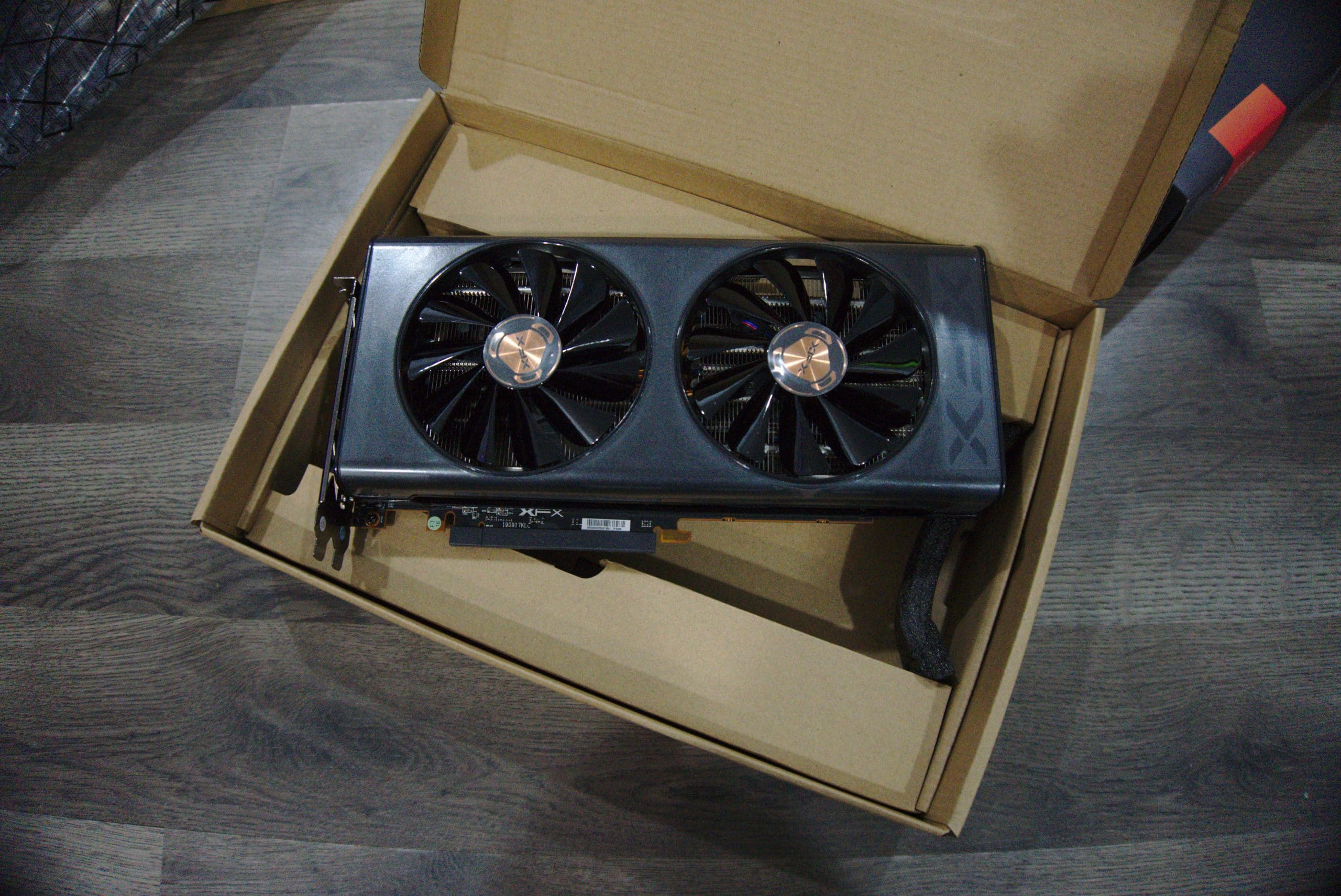 [Hardware Meta is a participant in the Amazon Services LLC Associates Program, an affiliate advertising program designed to provide a means for sites to earn advertising fees by advertising and linking to Amazon.com. This article may contain affiliate links.]

A bit of history

For those who aren’t caught up with the goings-on in the tech space lately, the launch of the Radeon 5600 XT has been interesting. The card was originally announced with a 1130MHz base clock, 1560 MHz boost clock and 12000 MHz effective memory speeds with an MSRP of $280. It was intended to take on NVIDIA’s GTX 1660 Ti card at a similar price point.

In response to this, NVIDIA drastically cut the price of their RTX 2060 down to about $350. Meaning, for approximate $70 less than the 5600 XT, you could get much more. However, Radeon had a trick up their sleeve. They had intentionally limited the performance of the 5600 XT so as not to compete with their other products (5700). So AMD/Radeon sent out a notice to their Add-in Board (AIB) partners to push out a VBIOS update increasing the clock speeds and memory.

However, this fell incredibly close to Chinese New Year and many partner card designs shipped with the original VBIOS. But VBIOS and the BIOS flashing tool are publicly available, and while it is a non-trivial task for a novice user, it is fairly intuitive.

At the time of writing this, XFX has released the first VBIOS which included a game clock of 1560MHz and a boost clock of 1620MHz, while keeping the memory at 12gbps. They did mention that after more testing they plan to release another VBIOS that will increase the memory to 14gpbs. Given that the 5600 XT cards were designed with 12000Mhz effective memory or 12gbps memory, I can see where additional testing would need to be done. So keep in mind the XFX THICC II Pro will, theoretically, perform better with a future VBIOS update.

The XFX THICC II Pro came well packaged, even without much for solid closed cell foam. The cardboard innards were very structurally sound and came nestled inside a rather informative cardboard sleeve. The card itself is a mix between matte black plastic and a matte dark grey metal back plate. The only hint at color is a little bit of the silver heat sink fins, copper heat pipes, and metallic copper XFX logos on the fans them selves. It really makes me want to build a matte black and copper themed system.

The I/O consists of three DisplayPort 1.4 with DSC and a single HDMI 2.0b. Along the side, towards the rear of the THICC Pro II, you’ll find a single 8-pin power connection and a two position VBIOS switch. The THICC II Pro has a total power consumption of up to 150w when it is in “performance” mode on the VBIOS, and less yet when its VBIOS is set to quiet.

I wanted to see how frame rates for the Radeon 5600 XT held up against the previous generation’s battle tested Radeon Vega 56. The results were great! The 5600 XT was +/- 1.5% across the various tests that run in Firestrike. That is 1% at only 150w compared to the Vega 56’s 210w. Also, going back to what I said earlier about the VBIOS and memory speeds – if the future VBIOS for the XFX THICC II Pro can push the 12Gbps memory up to 14Gpbs and remain stable, I think we’ll see a much larger gap.

During testing, I also decided to throw the Radeon Fury X in to the mix just to see how it held up. It wasn’t horrible, though do keep in mind it draws nearly 300w and is noisy.

Here are the specs for the cards I tested:

The tests were simple. I used common benchmark tools to monitor average FPS – the exception being Firestrike, which involves multiple tests returning a combined score. A direct link to the Firestrike results are in the table below.

As you can see, the THICC II Pro by XFX is a solid performer. I’m also interested to see how well the improved memory speeds will impact performance. Is the XFX THICC II Pro for everyone? Well, if you already have a Vega 56 or similar, maybe hold off on buying one unless the new architecture and less power consumption is something you absolutely must have. Otherwise, if you are in the market for a new build or coming from an older generation’s mid-tier cards, the THICC II Pro is a 1080p dream. If you’d like to grab one as well as support Hardware Meta, use our Amazon affiliate link. https://amzn.to/3cdo39d